EFT stands for ‘Emotional Freedom Techniques’ and is sometimes also referred to as ‘tapping’. It was developed by Gary Craig in 1995, but its roots actually come from TFT – which is ‘thought field therapy’ which was originally put forward by Dr. Roger Callahan. It is also worth noting that the term ‘energy psychology’ is sometimes used to as an umbrella term to describe EFT, amongst other energy modalities.

EFT is a psychological acupressure technique that involves tapping on certain points around the body. It is based on ancient healing principles from around 5,000 ago. According to Adams & Davidson (2011), although the concept of EFT was developed from the realisation that our minds affect our bodies, the mechanics of EFT evolved from the same concepts of acupuncture, which uses needles to stimulate the body along lines or pathways called “meridians”. EFT combines stimulating these EFT points (with pressure or tapping rather than needles) while focussing on specific issues or problem. The Infinity Healing Centre of Wisconsin explains acupuncture in the following way: “The ancient Chinese believed that there is a universal energy called chi or qi present in every living creature. This energy is said to circulate throughout the body along specific pathways that are called meridians. As long as the energy flows freely throughout the meridian, health is maintained, but once the flow of energy is blocked, the system is disrupted and pain and illness occurs. Acupuncture therefore works to reprogram and restore normal functions by stimulating certain points on meridians in order to free up the chi energy.” EFT unblocks these energy disruptions along the meridians allowing the energy to flow freely. This will bring emotional and physical benefits.

EFT is a very gentle and it works to swiftly release traumatic events that are frozen in the mind-body system –so a person is able to reduce the negative impact of memories and past events, hence reducing the physical and emotional pain. EFT is also safe, painless, usually quick, gentle and can be learned by anyone. And you don’t have to believe in EFT to work!

EFT can be used for a large number of issues which include anxiety, phobias, depression, addictions, post-traumatic stress disorder, self-image issues, pain-management, grief and loss, to name a few. Form a personal perspective, I have worked with hundreds of people now in a traditional talking-therapy setting, and very early on I realized we needed more than just talking therapy. The fact of the matter is that it is our subconscious programming and trauma experiences that give rise to strong emotions and feelings, and quite often using the conscious mind techniques alone (for example techniques such as CBT), just aren’t enough. They’re useful but in many cases they are not enough. It’s not until we begin to have an understanding of our subconscious mind and energy bodies, do we start to look at healing from a different perspective; and EFT is one part of the puzzle which deals very effectively with the strong emotions that come up as a result of unresolved trauma. (please note that there are videos and podcasts about the subconscious mind and trauma that can be found on my website, so you might want to check them out.)

I can honestly say, that for many of my clients, EFT alongside matrix re-imprinting techniques have been absolutely brilliant for resolving trauma in a much shorter period of time. To achieve the same trauma release through talking therapy would have taken a lot more time.

So, one of the common questions that people ask is whether this is a real technique – has it been researched? Although there are many research questions that still need to be answered regarding EFT, there has already been some good research conducted. Research. Research has taken place in 7 countries and by more than 50 investigators. The results have been published in more than 15 peer-reviewed journals, including the journal of clinical psychology.

​I’ve heard that EFT is easy to use on your own, so why do I need to see an EFT practitioner?

A good practitioner will help the client to understand and resolve the issue as swiftly as possible. It is also worth noting that practitioners can often see aspects of the issues that you may not be able to see so clearly yourself. In addition, I know what to look for to ascertain whether there may be a deeper issue going on.

Working with a practitioner has many benefits. Firstly, you will learn the correct EFT protocol, including how to form set-up statements. Secondly, you will be able to completely focus on the issue at hand because I will take you through the sequence, talking you through clearing phrases, hence enabling you to put all of your attention on the issue being cleared. Although many clients successfully use the EFT protocol on their own, they frequently report that they find it easier to work with a practitioner due to the level of support and guidance and insight into their issues that they receive.

How many sessions will I need?

It really depends on what you are wanting to achieve. If for example there is a specific trauma that you wish to resolve, then it may be possible to do this within a single session. If you have an issue which has a number of aspects to it, then the process may take longer.

I tend to use a combination of techniques when working with clients. The first session is always an initial consultation, during which we will discuss the presenting issues in detail. By the end of this session we have a better idea as to how to move forward. I quite often use a combination of techniques and at times I may combine psychotherapy with the EFT. I also frequently use Matrix Reimprinting with EFT to help resolve trauma too. Every individual is different and hence sessions are tailored to suit your specific needs.

Do you offer session over telephone and via skype, or do sessions have to be in-person all the time?

Sessions can be in-person, over the telephone or via skype. Due to the workshops and sessions that I teach internationally, I have a significant international clientele with whom I use skype to conduct sessions. Similar to in-person sessions, with skype and telephone sessions, we schedule a time at which I will call you.

If we are using EFT, I will either demonstrate the EFT protocol over skype video, or I will send you the EFT protocol sheet via email beforehand. EFT over the telephone is equally effective as in-person sessions. A few years ago I had the opportunity to conduct psychotherapy work with a significant number of car accident clients over phone. During the two-year period in which I conducted this work, I developed the skill of tuning into vocal tonality and listening for changes in a person’s state. This experience has vastly helped me to conduct successful EFT sessions over the phone.

Keep up with blogs and events! 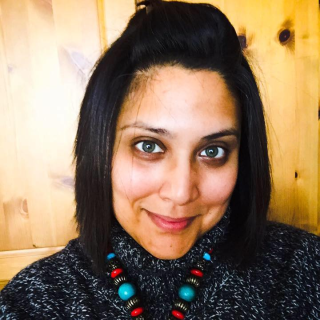 Psychotherapist and researcher based in London. She is particularly interested in how the quantum world-view informs psychotherapeutic practice, and currently specializes in using energy psychology to treat psychological trauma. Sunita is also conducting research in energy psychology. www.sunitapattani.com

There are no upcoming events.

Psychotherapist and researcher based in London. She is particularly interested in how the quantum world-view informs psychotherapeutic practice, and currently specializes in using energy psychology to treat psychological trauma. Sunita is also conducting research in energy psychology. www.sunitapattani.com